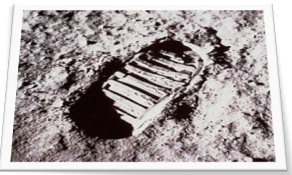 We all leave footprints…

On July 20, 1969, Neil Armstrong put his left foot on the Moon. It was the first human footprint on a planetary body other than Earth. The footprints on the Moon will remain as they are for millions of years. There is no wind to blow them away; Moon has no atmosphere. On Earth we are leaving an indelible footprint; we leave footprints as individuals and as a species.

In fact scientists now call the present epoch as Anthropocene on the Geological Time Scale.

The term Anthropocene – “the recent age of man” was coined by Nobel Laureate chemist, Paul Crutzen (image) and his colleague Eugene Stoermer.

Anthropocene marks the era when human activities have had a significant worldwide impact on Earth’s ecosystems.

Dr Jan Zalasiewicz from University of Leicester has observed; “Simply put, our planet no longer functions in the way that it once did. Atmosphere, climate, oceans, ecosystems… they’re all now operating outside Holocene norms. This strongly suggests we’ve crossed an epoch boundary.” 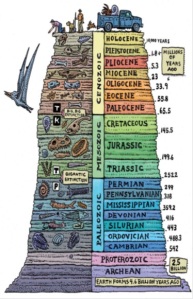 Scientists are still debating when the Anthropocene began. Some think it should be 1800s, others think 1900s – whatever it may be; Anthropocene belongs to us. Yes, an entire era is going to be marked for us Humans.

Humans will mark the end of the 10,000-year-old Holocene epoch. Anthropocene has begun. We are leaving an indelible footprint and we need to be careful.

Humans have impacted biodiversity as well.

Biodiversity is the variation in living systems and organisms in a given habitat, ecosystem or Earth as a whole.

Humans have caused extinctions of several species. When someone or 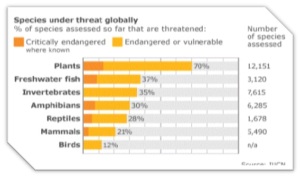 something no longer exists, it is said to have become extinct, like the dinosaurs. Today, several species are struggling mostly because of human activities that cause habitat destruction, species introductions and hunting.

Humans share Earth with literally lakhs of other species and our survival is dependent on their survival. Our economy and environment will collapse without healthy biodiversity Biodiversity is absolutely essential for Sustainable Development. The benefits are;

So, always give Thumbs Up to Biodiversity. 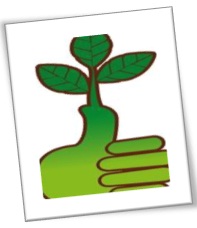